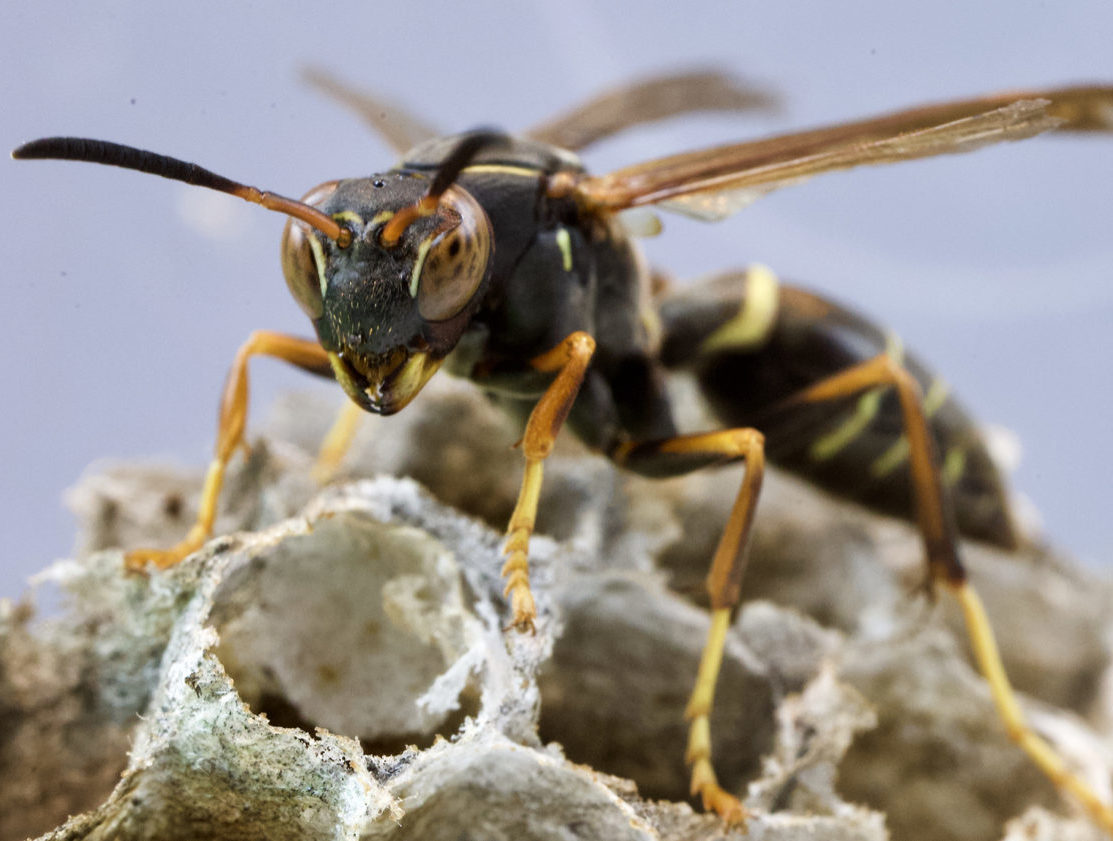 During the Winter in Fresno, CA, Paper Wasps Can Remain Active

Have you ever seen a wasp hovering around your house in the midst of winter and wondered where it came from? If so, you’re not alone. The sort of insect you observed was very certainly a paper wasp, which gets its name from the paper-like substance it uses to build its nests.

Worker paper wasps start to die off in the early fall, which is what most people think occurs to wasps in the winter. Certain females, on the other hand, who are destined to become the future queens of a new colony, seek a safe haven to spend the winter. Their internal clock informs them it’s time to examine potential harborage places, which may be beneath logs, in between deck floor joists, within chimneys, behind siding, or around the tops of window and door frames, well before the first hard frost.

Female paper wasps are also known for getting inside people’s houses. When looking for prospective overwintering places, they enter through small gaps near the roofing. Once inside, paper wasps like to hide in gaps in walls or warm attics. They undergo a condition of diapause there, halting their growth for the winter months. This means that householders won’t see them until spring – unless there’s an unusually warm spell, in which case the wasps reawaken and seek an escape route back outdoors to create a new nest. The wasps may then make their way into the main living sections of the house, where they will be observed by those who live there.

The good news for people who come across a paper wasp inside their house during the winter months is that the pests are generally dormant and easy to eradicate. If a big population is observed, a licensed pest control technician should be contacted for safe eradication. Paper wasps are not aggressive by nature, but they will sting if they are disturbed or feel threatened. Wasp stings are unpleasant and might cause allergic reactions in individuals who are hypersensitive to insect stings.

The key to preventing paper wasps from entering your home throughout the year, not just during the winter, is to locate and seal all holes that lead to the outside. Fill cracks and bigger holes in the foundation with silicone-based caulk, steel wool, or a mix of the two, according to the National Pest Management Association (NPMA). Paper wasps swarm on porch ceilings, roof eaves, soffits, attic rafters, windows, and doorframes, therefore homeowners should pay extra attention to these areas. If you need professional pest control, call Official Pest Prevention to schedule an exterior preventative treatment before the cooler months arrive.