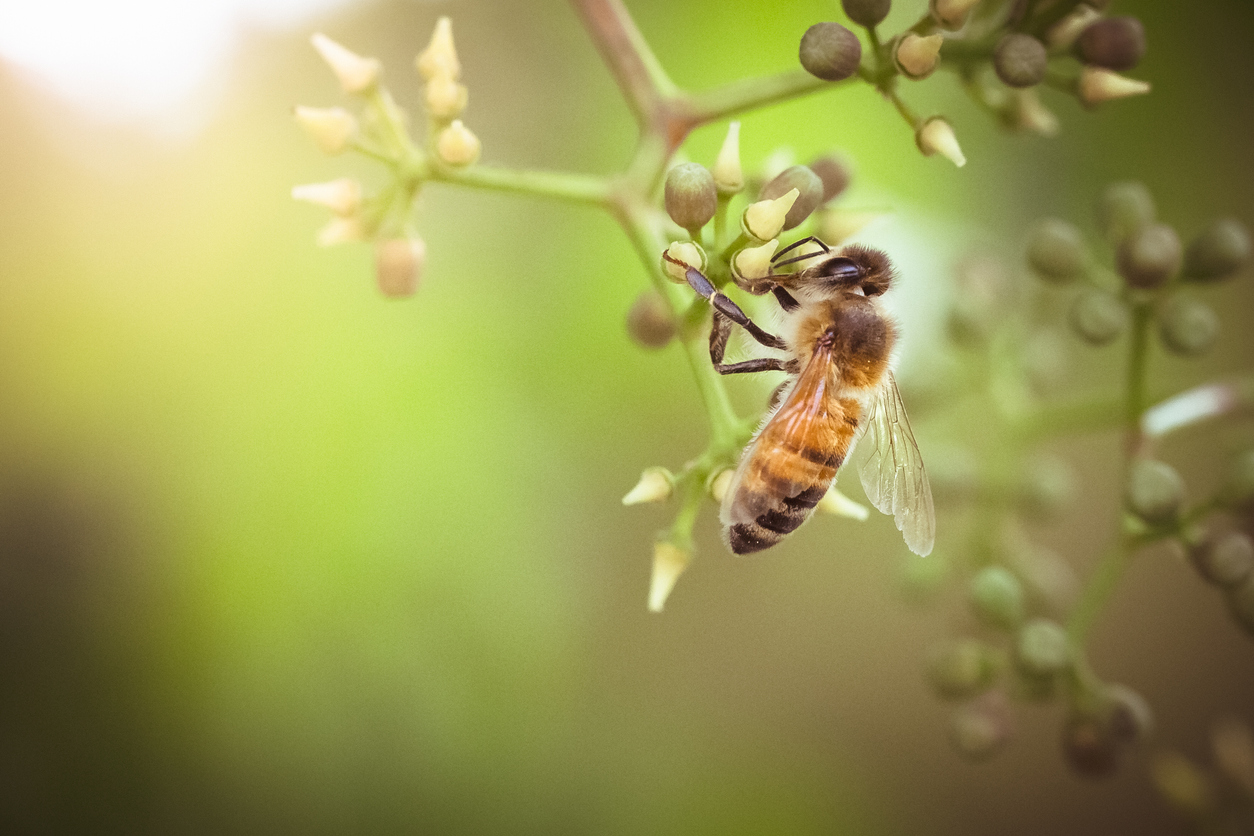 IS THAT A BEE, A WASP OR A HORNET?

To the novice, they all look the same, but the trained eye can discern whether or not that flying insect threatening to spoil your picnic is a bee, a wasp, or a hornet. Here, we describe their distinguishing features, explain which deserves more caution, and what to do when you encounter a nest. 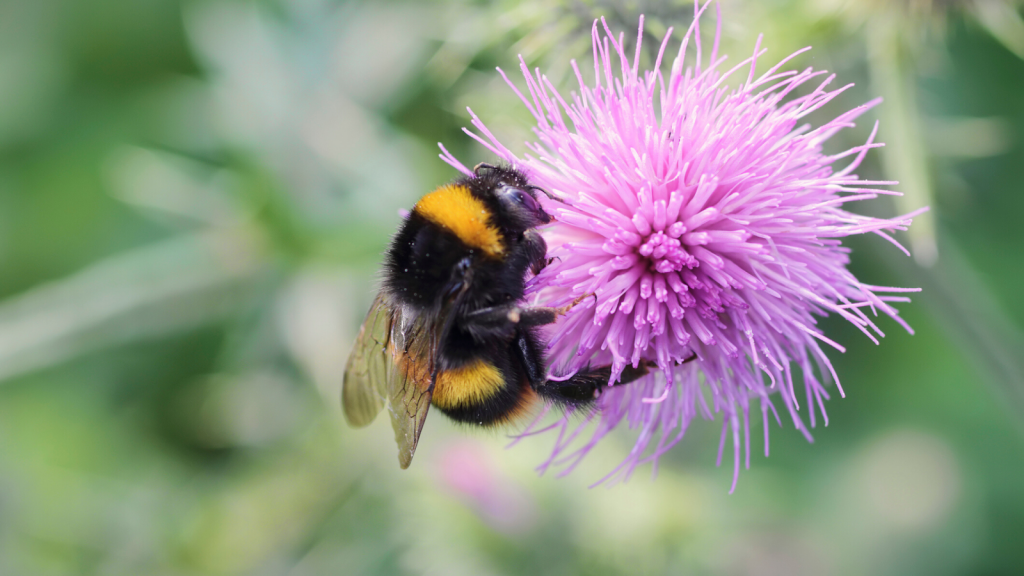 There are more than 20,000 known species of bees, so let’s focus on the three you’re most likely to encounter: bumblebees, honey, and carpenter bees.

Defining characteristics: Large and round and adorably fuzzy with yellow and black bands.

Bumblebees make their home underground or within loose piles of fibrous material, such as insulation or grass clippings. Their colonies are small. Bumblebees only attack if you disturb their nest. They can sting multiple times without dying.

Wild honey bees build large, waxy hives in the hollows of trees or logs, but they’ll take up residence inside your attic, too. Colonies contain as many as 60,000 bees. Honey bees will defend their hive to the death, literally — they die after stinging. In addition to hives, you also should use caution around swarms. When a colony moves out of its parent hive, a swarm will temporarily settle on a structure such as a telephone pole, branch, fence, or playground equipment until they find a new home. If you find a swarm, keep your distance and wait it out. They’ll leave in about a day.

Defining characteristics: Large and round like bumblebees, but the rear abdomens are black and shiny. Males have a yellow face; females have a black face.

Carpenter bees, or wood bees, earn their name from boring into wood to make their nests. They make clean, sharp tunnels that almost appear manmade, such as with a drillbit. When the nest is complete, the female will seal off one end of the tube with a plug of chewed wood pulp. Carpenter bees are attracted to weathered and unpainted wood, so consider painting your eaves, porches, decks and other structures. Males are aggressive, but they don’t have stingers. Females can sting but rarely do. 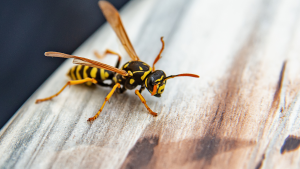 Wasps make papery nests resembling upsidedown umbrellas. You’ll find them in eaves, gutters, bushes, and fences. The yellowjacket, a close cousin of the wasp, makes its nest underground. Of the two, the yellow jacket is the one most likely to ruin your picnic. Yellowjackets are meat-eaters, so they’ll be attracted to your burgers and hotdogs. Both will sting, but only the more aggressive yellowjacket will strike unprovoked. 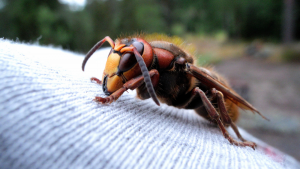 Defining characteristics: The European hornet, the most common in the U.S., is large and burgundy with yellow stripes on the abdomen. The bald-faced hornet is mostly black but with a distinctive white mask.

European hornets make papery nests inside the cavities of trees, open pipes, and attics. Bald-faced hornets, on the other hand, like to create hives in exposed areas, such as tree branches, shrubs, your porch roof, and eaves. Both will sting if they feel threatened, and they’ll sting repeatedly.

What to Do if You’re Stung?

If you are stung, take the following steps immediately, as recommended by the American Academy of Dermatology:

Bottom line: If you encounter a bee of any kind, it’s best to leave it alone. Most bees won’t sting unless provoked. However, wasp nests near your home should be removed by a professional. Our Sacramento and Fresno wasp control experts will remove any danger to keep your property safe ASAP. To make your appointment with Official Pest Prevention, (877) 711 2847.